This article summarises some of the commonly used terms in relation to climate change and their meanings.

Climate change features heavily in the news at the moment and has created its own jargon. We may be relatively familiar with some of this jargon, but other terms used are less well-known. This glossary has been written to give a basic working definition for the non-specialist of the main terms being used.

Some important players in the climate change scene include:

This stands for Conference of the Parties (countries who signed the UN Framework Convention on Climate Change (UNFCCC) in 1994). Their forthcoming conference which will be held in Glasgow (31 October to 12 November 2021) will be the 26th meeting of the Parties.

An independent British non-departmental public body established under the Climate Change Act 2008 and whose purpose is to advise both the UK and the devolved governments on preparing for the challenges of climate change. It does this through regular reports to parliaments and assemblies on matters such as the progress made in reducing greenhouse gas emissions; its most recent report was published in June 2021.

An international organisation for assessing the science associated with climate change. It was established in 1988 by the World Meteorological Organisation and the United Nations Environmental Programme to give policymakers regular assessments of the scientific basis of climate change, its impacts and risks and the various options available for adaption and mitigation of the effects of climate change. It recently (in August 2021) published a very sombre report on the effects of global warming.

Some of the most frequently used climate change terms are:

1: Global warming
The increase in the earth’s average surface temperature measured over time. Scientists are agreed that the main cause of global warming and climate change is greenhouse gases emissions into the atmosphere. Since the mid-18th century this has increasingly been boosted by the burning of fossil fuels as countries, beginning with the UK, started to industrialise.

2: Greenhouse gases
This is the collective name for gases that cause heat to be confined in the Earth’s atmosphere. They allow sunlight and the heat it brings to pass through the atmosphere but then they prevent that heat from leaving the atmosphere. These gases are analogous to the effect of the glass panes in a greenhouse on a sunny day and are the major cause of global warming (see above).
There are six main greenhouse gases (specifically named in the Climate Change Act 2008) which are:

Gases which are manufactured - the following are man-made and do not occur naturally, unlike the previous three above.

3: Carbon footprints
The sum of greenhouse gases (see above) created which are attributed to our actions either as individuals or together through organisations. Examples of various carbon footprints include:

4: Carbon sinks
The term for anything which absorbs or gathers in a greater amount of carbon from the atmosphere than it releases. Think of a carbon sink as akin to a storehouse or reservoir. Examples are:

5: Decarbonisation
The term used for the overall process of reducing the amount of carbon and related greenhouse gases (such as carbon dioxide) which are at present being discharged into the atmosphere through the burning of fossil fuels and is largely responsible for causing (and now accelerating the rate of change) global warming.

Decarbonisation is carried out by increasing the use of energy derived from low-carbon sources (such as wind and wave power) with a parallel reduction in the use of fossil fuels (natural gas, oil, coal).

Examples of decarbonisation would be:

6: Carbon capture and storage (CCS)
This is a method for reducing carbon dioxide emissions from large scale industrial processes such as:

CCS consists of three linked activities - these are:

7: Sixth carbon budget
This is the total permissible amount (or ceiling) of the net UK carbon account for the five-year period 2033 to 2037.The budget is the level recommended by the Climate Change Committee to the UK government and is set at 965 million tonnes of carbon dioxide equivalent per the Carbon Budget Order 2021. It came into force from 24 June 2021.

The budgets are set for periods at least twelve years in advance to allow policy makers, businesses and the public time to prepare.

8: Net zero
This refers to a target by attained by achieving equilibrium between the amount of greenhouse gases emissions produced and the amount then removed from the atmosphere. This is to be reached by reducing existing emissions along with removing greenhouse gases. When the amount of greenhouse gas emissions being produced are then balanced by these being removed, a country becomes a net zero emitter. The UK has a target set out in law in the Climate Change Act 2008 (2050 Target Amendment) Order 2019 of achieving net zero by 2050.The Scottish Government has passed legislation requiring net zero to be met by 2045 per the Climate Change (Emissions Reduction Targets) (Scotland) Act 2019.

9: Gross zero
This means reducing all greenhouse gas emissions completely - which in reality is not feasible. Instead, the measure of net zero is used as it recognises that there will be some emissions, but these will require to be offset by those removed from the atmosphere.

10: Carbon negative
Refers to the situation where the reduction of an entity’s carbon footprint is less than carbon neutral.

11: Carbon positive
This refers to the situation where an entity exceeds net zero and goes on to remove additional carbon from the atmosphere. 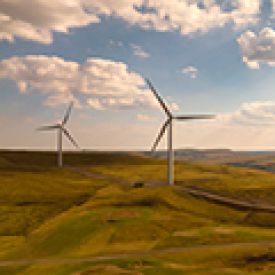 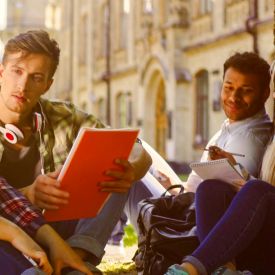