Greenhouse gas removal technologies, hand in hand with emission reductions, enable us to start paying off our carbon debt, achieve net-zero, and potentially even turn back the clock on climate change.

On 12 of December 2015 at COP21 in Paris, 196 countries adopted the Paris Agreement, and it entered into force less than a year later (4 November 2016) with 195 countries signing and 189 countries ratifying the agreement. The signatories agreed to substantially reduce greenhouse gas emissions and to limit the global mean temperature increase in this century to 2°C compared to pre-industrial levels, and ideally to no more than 1.5°C.

To meet its commitments, the UK set out a new ambitious target to reduce its territorial greenhouse gas (GHG) emissions by 78% by 2035, compared to 1990 levels, and to reach net zero by 2050. As of 2021, the UK has reduced its GHG emissions by approx. 50% and met its first and second carbon budgets. This significant reduction has been achieved by a dramatic move away from coal as a source of energy for power generation, as well as improved efficiency in different sectors.

However, the second half of the reductions needed to achieve net-zero will be much more difficult as the easiest options have been exhausted. According to the Climate Change Committee UK is on track to meet its third carbon budget (2018-2022), but not the fourth (2023-2027) and fifth (2028-2032) carbon budgets, even as these were set against the previous 80% reduction target by 2050 rather than the updated 100% reduction, making the delivery even more challenging.

To meet these targets, more effort and investment will be needed to decarbonise the economy and a multipronged approach including consumption reduction, improved efficiency, fuel switching, and carbon capture will be needed. Furthermore, these targets do not include international aviation and shipping, as well as emissions associated with the consumption of goods and services made overseas but imported into the UK. Only the 6th UK carbon budget announced in April 2021 and covering 2033-2037 includes for the first time UK’s share of international aviation and shipping (still excludes imports).

While there is certainly a room for reduction of emissions in many sectors, there remain areas of the economy, such as agriculture, where reductions are more difficult to achieve, and complete elimination is impossible. To address these remaining sources of emissions, creation of additional carbon sinks is needed, and this is where greenhouse gas removal (GGR) technologies will play an important role.

The Intergovernmental Panel on Climate Change (IPCC) in its 5th Assessment Report identified GGR as an essential technology for tackling climate change with vast majority of scenarios considered by the panel that achieved the Paris Agreement goal of global mean temperature rise of no more than 1.5 °C requiring significant deployment of GGR, a conclusion reached also by the Royal Academy of Engineering and Royal Society in their joint report. With this in mind, the UK Government initiated a number of research and demonstration projects on different GGR technologies that will guide future deployment.

The concept of GGRs relies on the ability of natural and engineering processes to remove GHGs from the atmosphere (as opposed to carbon capture and storage technologies that capture GHG emissions at the source). This can be achieved by boosting existing natural sinks (e.g., forests), development of new engineering processes for atmospheric GHG removal, or combination of the two.

Natural carbon sinks, such as forests, are part of the normal carbon cycle between the atmosphere, land and oceans. However, the capacity of these natural sinks is not sufficient to deal with the excessive manmade emissions of GHGs into the atmosphere.

There are a number of different options available to boost natural carbon sinks, the most widely discussed option and the one closest to deployment is afforestation. A large-scale afforestation would see large areas of land converted into forests, effectively reversing centuries of deforestation in the UK, Europe and worldwide.

On the face of it, afforestation is a relatively straightforward option as all the knowhow and technology exists, however there are many uncertainties regarding the true carbon removal potential of this approach and especially its long-term storage (necessary for a tangible climate change mitigation impact), and its wider systemic impacts.

Another option is to adapt existing technologies from chemical industry and use them to remove GHGs, especially CO2 from the atmosphere. While in principle, this is not difficult, and technologies for removal of CO2 from air have been used for many years on submarines and in space, the challenge is to do this economically and sustainably on a large enough scale to make a meaningful impact on concentrations of GHGs in the atmosphere.

In this process the CO2 produced during conversion of biomass (wood, straw, etc.) is captured at the source of emissions and then stored underground in depleted oil reservoirs or dedicated storage sites, effectively sequestering carbon that was removed from the atmosphere by plants (biomass) while growing. Direct air capture utilises chemical processes that enable removal of dilute CO2 directly from air. Due to the relatively low concentration of CO2 in air (approx. 0.04 %) this requires large amounts of energy and would require significant amounts of renewable energy to deliver effective GHG removal. Biochar is a new approach to atmospheric carbon removal based on traditional practices where charcoal was used as an additive to agricultural soils to improve their performance.

This technology relies on conversion of biomass into biochar using a thermal treatment called pyrolysis. The resulting solid product is rich in carbon (most of the carbon contained in the starting biomass is retained in the biochar) and when produced from wood can closely resemble charcoal. Biochar can then be used as a soil amendment or as a material in construction applications and environmental management, effectively storing carbon in solid form for centuries, while delivering additional benefits (e.g., nutrient cycling and contaminant removal).

No place for complacency

GGR technologies can provide us with some additional breathing space while transitioning our economies to net-zero, and beyond that they can reduce atmospheric concentrations and return them closer to pre-industrial levels.

However, this potential of GGR should not be used as an excuse to delay action on GHG emissions reduction. Five months away from COP26, being billed as the most important since COP 21 in Paris in 2015, we are firmly on a trajectory that would lead to global warming well above 2°C and GGR alone cannot change this.

Accounting and CAs have an important role to play in charting our way to a more sustainable future and delivering net zero as robust carbon accounting and targeted investments will be critical for success. 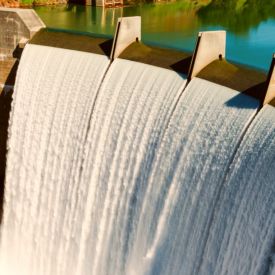 Why net zero is fundamentally an accounting concept 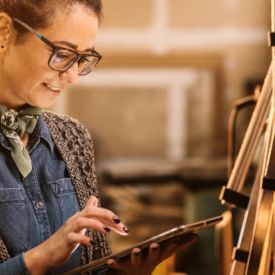 Creating a sustainable future with the UN SDGs