This article explains the process of Carbon Capture and Storage (CCS).

Carbon Capture and Storage (CCS) is the term for a series of linked processes which have the overall objective of decreasing carbon emissions (CO2) into the atmosphere and thereby helping to reduce global warming. CCS ‘captures’ the emissions of waste gases (comprising mostly CO2) from major industrial sites such as steelworks and oil refineries. The waste emissions are largely made by the combustion of fossil fuels (namely oil, natural gas, and coal) or industrial processes such as fermentation (as in distilleries), the production of cement or of ammonia. These linked processes are:

CCS captures and then stores the CO2 where it does not contribute further to climate change. An alternative approach, called Carbon Capture Usage (CCU) or Carbon Capture Usage and Storage (CCUS) is to treat the CO2 as a by-product and use it as a commercial ingredient in the production of items such as plastics, chemicals and synthetic fuels or in the production of low carbon energy.

The implementation of either CCS or CCUS schemes requires hugely expensive infrastructure costs.

There are no operational CCUS sites in the UK at the moment. However, the UK Government has approved funding for the development of two sites in the north of England with a goal of completion by 2030.

Carbon capture (CC) is common to both CCS and CCUS and involves separating CO2 from industrial processes or energy generation. CC technology is claimed to capture up to 90% of the C02 released through the consumption of fossil fuels.

There are three main types of CC:

Uses made of CO2 following capture

CCS does not make any economic use of CO2; once captured it is rendered into a form suitable for transport to a permanent storage site. CCUS, by comparison, transforms the CO2 into a useful product of which there are two categories:

The conversion of CO2 into a useful product often requires significant amounts of energy which, in itself, can result in the production of more greenhouse gas emissions

How is CO2 transported and stored?

After the CO2 has been captured, it is compressed into a liquid form and transported by pipeline, ship or road tanker to a location for storage or usage.

There are three ways of storing CO2 but only the first one below (geological storage) is used in the UK at present.

Find out more about the wider subject of Carbon Capture, Storage and Usage. 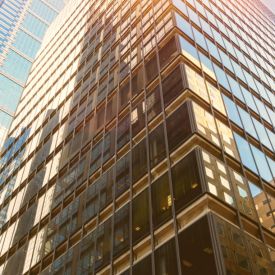