Updated guidance has been published on charity audit exemption for ICAS Members acting for charities in England and Wales.

The ICAS Charities Panel has published a second edition of the guide (November 2022). It replaces the first edition which was published in March 2017.

Changes have been made to refresh the wording and the presentation of some aspects of the guide, and to update links to third party websites.

The guide reflects the requirements of the Charities Act 2011 and the Companies Act 2006.

There have been no changes to the audit, independent examination and accounts preparation thresholds impacting on charities in England and Wales since the first edition of the guide was published in 2017.

What is the guide for?

The guide is to help ICAS Members acting for charities in England and Wales to understand when a charity client is entitled to audit exemption. It will also assist charities and their trustees establish whether or not their charity requires an audit.

What is covered in the guide?

The guide gives an overview of the audit thresholds relevant to charities, including charitable companies, registered with the Charity Commission for England and Wales (the CCEW).

Do excepted charities fall within the scope of the guide?

Yes, they do. Excepted charities do not need to register with the CCEW. However, they are required to comply with the accounts and scrutiny requirements of charity law.

Charities can be excepted by order or regulation but will need to register with the CCEW if their annual income in a financial year exceeds £100,000.

What isn’t in the guide?

The guide does not specifically address the external scrutiny requirements which apply to exempt charities.

Therefore, the legal requirements which apply to the audit of an exempt charity depend on how the charity is constituted and the regulatory regime under which it operates.

Additional information on exempt charities from the CCEW is available here.

Which charities will be audited?

What if the funder or a donor wants an audit?

Where funder or donor preference is the only reason for undertaking an audit, charity trustees should be encouraged to engage with them to establish whether an audit is really necessary to meet their needs.

What if the charity is not audited?

Charities that do not receive an audit must receive an independent examination under the Charities Act 2011 unless their gross annual income is less than £25,000.

The trustees of such charities are still required to prepare annual accounts in accordance with charity law and, of course, a charity’s trustees can choose to have its accounts independently examined or audited if they wish.

ICAS member firms undertaking an accounts preparation engagement for a charity should follow our Framework for the preparation of accounts.

Who can audit a charity?

Only accountancy firms that are registered to undertake audit work can audit a charity. 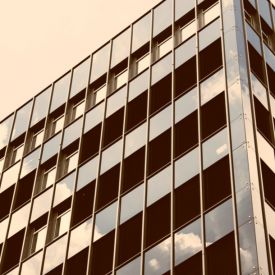