Challenges of the charity sector

According to the latest returns, a significant number of ICAS’ active members are currently employed in professional roles within the charity sector.

However, despite this sizeable cohort, representative of roughly 5% of ICAS’ current working members, some people still hold the outdated opinion that a career working in the charity sector is second best.

This misconception is ardently rejected by CAs working in the sector. They argue that the level of expertise and judgement required of a professional role in a charity is precisely the same as that required  of a CA in any more traditional, commercial environment.

Colin Kerr CA is Director of Finance at The Children’s Trust and Chair of the ICAS Charities Panel. During his career, he has taken on numerous financial director roles in both commercial and public sectors.

He says: “People think that charities get their money by taking collection tins around the pub, which is completely wrong. If you take my own organisation, it’s what Americans would call a not-for-profit – it’s charitable but we get contracts, we get business. If we don’t perform the contracts, then we don’t get paid.

“You’ve still got to have all the commercial skills and tools to function in that sort of environment, so any notion that you have to somehow work with people who are second best is out the window.”

The skill and practices of CAs in  both commercial and charitable business models are much the same, and both need to be delivered to an excellent standard.

A CA can play a vital part in the running of any charity and their role goes further than just dealing with the numbers. A CA brings not only a wealth of experience, but also a strong sense of good governance.

Christine Scott, Head of Charities and Pensions with ICAS, says: “Charities still need to do a lot of the same things that other organisations do. Every organisation has a strategy and objectives; in addition, charities have charitable purposes, which need to be delivered. You need similar skill sets for both the commercial and the  charity sectors.”

A CA can play a vital part in the running of any charity and their role goes further than just dealing with the numbers. A CA brings not only a wealth of experience, but also a strong sense of good governance.

When it comes to protecting an institution from scandal, oversight and good governance are vital. In February 2018, reports emerged of malpractice, including alleged sexual abuse by senior staff members of Oxfam in Haiti. One of the staff implicated was Oxfam’s then-Director of Operations in Haiti, Roland Van Hauwermeiren, who was accused of employing the services of sex workers at a villa rented for him at the charity’s expense.

In addition to huge public embarrassment, the scandal led to around 7,000 people cancelling their donations to the charity. Oxfam later published a full-page advertisement apology in The Guardian.

In many ways, the Oxfam scandal served as a wake-up call to the charity sector, and reinforced the need for professional scrutiny to oversee finances and enforce checks and balances to ensure that the Haiti scandal is not repeated.

Another area of conflict surrounding the operations of charity sector organisations is the commonly held belief that the less a charity spends on its “core costs”, such as administration and fundraising, the more able it will be to fulfil its charitable objectives.

Charities have been challenged on spending on core costs, with view that almost every pound should be on front-line programmes and not on organisational infrastructure

Rachel Pigott CA is Head of Finance at Brightside, a charity that uses online mentoring to connect young people with inspirational role models. She was the winner of the Chief Executive’s Award at the One Young CA awards last year and is also a member of the ICAS Charities Panel.

Rachel says: “There is a big contrast between public perceptions and the view of many finance professionals in the sector about how much an organisation should spend on core costs. Historically, charities have been challenged on spending on core costs, with view that almost every pound should be on front-line programmes and not on organisational infrastructure.”

Although their objectives are not profit related, charity sector organisations are structured similarly to any corporate business, and therefore require a degree of expenditure on their core costs if they are to successfully deliver a high-quality service that has the most impact on their beneficiaries.

The notion that charities are morally obliged to put all their finances into front-line services is arguably an outdated view. As Colin puts it: “It goes both ways. It can’t be a blank cheque in terms of spending money, but you’ve got to ensure you’ve got the good systems and controls in place. There needs to be a balance between the two. You need to be benchmarking your costs and check to see if you could be running them any more effectively by doing them a different way.”

In addition to the skills CAs bring with them to the charity sector; an accountant can also gain personal benefits from working in a charitable financial environment. For many CAs in the sector, their role in the charity is more than just a job, and can hold a personal significance and purpose that makes their work especially worthwhile.

The difference in working for a charity is the sense of purpose and working as part of a team where everyone really believes in the goals of the organisation.

CAs working in the charity sector get to enjoy the satisfaction of employing their professional skills at work, while also reaping a personal satisfaction from knowing that they are helping a cause they are passionate about.

Rachel says: “One of the main reasons I love being Head of Finance for a small social business is the breadth of the role. Alongside having responsibility for the management accounts, the financial accounts and all the other traditional finance responsibilities, I am also leading on impact measurement and reporting, the development of our CRM [customer relationship management] and overseeing a review of our values, amongst other things.

“While part of that is because we are  a small growing business, the difference in working for a charity is the sense of purpose and working as part of a team where everyone really believes in the goals of the organisation. 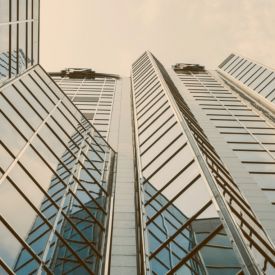 ICAS Charities Panel: who we are and what we do

By Adrienne Airlie CA, Chair of the ICAS Charities Panel