ICAS has joined with ACCA, CIPFA and ICAEW to call for the overdue reform of charity accounting rules.

In a letter to Matt Hanock, Secretary of State for Digital, Culture, Media and Sport, the four accountancy bodies expressed concern about the UK Government’s continued delay in updating the charity accounting regulations applicable in England and Wales.

We are asking the Secretary of State to free charities as a matter of urgency from this unnecessary and confusing regulatory complication.

The SORP 2005 is based on accounting standards which have now been withdrawn by the UK Financial Reporting Council, so the charities affected are now in the extraordinary position of being required by regulation to comply with outdated accounting rules.

The Charity Commission for England and Wales (CCEW) suggests, in its publication Charity reporting and accounting: the essentials (CC15d), that charities could get around this by using the principle of a ‘true and fair override’, which is a permitted means of departing from the 2008 Regulations.

Charities are being actively encouraged by the CCEW to depart from secondary legislation.

This has created an incongruous situation where charities are being actively encouraged by the CCEW to depart from secondary legislation. Moreover, such departures must be disclosed and explained by notes to the accounts. It is challenging enough for charity trustees to understand all their “normal” financial reporting obligations without adding the complications of a ‘true and fair override’.

This issue has now been outstanding for more than three years, so we are asking the Secretary of State to free charities as a matter of urgency from this unnecessary and confusing regulatory complication. The corresponding regulations for charities in Scotland and Northern Ireland were made in good time.

Section 132 of the Charities Act 2011 allows the Secretary of State to make regulations for charity accounting. Regulation 2(1) of Charities (Accounts and Reports) Regulations 2008, which require compliance with the SORP 2005, apply to charities in England and Wales (whether registered with the CCEW or excepted from registration) apart from:

(a) Charitable companies; and
(b) Small non-company charities opting to produce receipts and payments accounts. 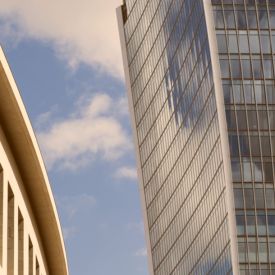 ICAS comments on proposed amendments to the Charities SORP