There has been considerable discussion in the media in recent months about the need for change in the structure and composition of the FTSE 350 audit market.

This debate was ignited following the corporate collapse of Carillion and the FRC investigation into the audit of BHS.

The UK audit profession has been under extensive scrutiny; calls from commentators, including politicians, have ranged from breaking up the Big Four to requiring auditors to be appointed by an independent body. We must take a holistic view of the concerns raised. Auditors are only part of the corporate governance process: it is the directors of a company who have primary responsibility. It is their decisions and strategy that define a company’s future.

We shouldn’t let market competition disguise the primary issue that needs to be addressed.

The last review of the audit market by the Competition and Markets Authority (CMA – at the time the Competition Commission) which concluded in 2013 resulted in the introduction of mandatory audit tendering. A solution introduced with good intentions, but which has unfortunately only intensified the level of concentration in the marketplace.

But we shouldn’t let market competition disguise the primary issue that needs to be addressed: What should be the purpose and scope of audit in the modern business environment?

It is only by addressing this question and ensuring we have consensus from stakeholders regarding the purpose that we can then focus on audit quality.

Stakeholders often expect auditors to do more than the auditing standards require; consideration needs to be given as to how we can better meet their expectations.

The UK already leads the way in corporate reporting requirements on going concern and on viability statements. Yet, many commentators have questioned the auditors’ role in these matters.

Stakeholders often expect auditors to do more than the auditing standards require so consideration needs to be given as to how we can better meet their expectations. This could involve auditors providing explicit assurance over information in the front half of the annual report. The information contained in this, including KPIs, is widely used, yet is not subject to the same level of assurance as the financial statements. If investors are making greater use of this information to help inform their investment decisions it is at least worthy of debate as to whether that information should be subject to explicit assurance.

The time is ripe for a proper debate on what exactly the term ‘audit’ should mean in the 21st century.

ICAS has been calling for this since the publication of its Future of Assurance Report in 2010. Audit firms are already providing separate assurance services on such matters and other key risks such as cyber security.

Despite scrutiny by the media, the UK audit profession and indeed the FRC continue to enjoy a good reputation internationally. UK firms are key players in global business. Redesigning the audit will help reinforce the message that audit is integral to our capital markets and our post Brexit future as we continue to seek investment into the UK. Explaining why the expectations gap exists is no longer enough, concerted efforts have to be made to remove this gap. This cannot be done by the audit profession alone.

The time is ripe for a proper debate on what exactly the term ‘audit’ should mean in the 21st century and what a redesigned audit could deliver for society. The profession stands ready to play its part.

It has always intrigued me that the word audit is derived from the Latin "audire" which means "to hear"; very apt today as the profession listens to those who wish to help shape the audit of tomorrow. 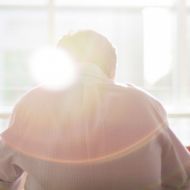 In defence of the profession