Michelle Mullen, ICAS Executive Director of Standards, on why a broad tapestry of reform is needed to rebuild trust in audit and business.

Trust is hard earned, and can be easily lost. Of late the audit profession and the surrounding regulatory arrangements have been under intense scrutiny in the UK, and elsewhere. In the wake of a corporate collapse, the immediate reaction is often one of blame (“where were the auditors?”). Today the conversation in the UK has matured, and the recent BEIS consultation recognises that the corporate ecosystem doesn’t start with audit. Each component plays an important role, but audit is not the primary element of this complex system.

From the outset ICAS called for a holistic review of the corporate ecosystem – governance, corporate reporting and audit. External audit does not operate in a vacuum, but as part of the wider framework that oversees large corporate entities. Government reviews undertaken by Sir John Kingman, Sir Donald Brydon and the CMA Audit Market Study presented a suite of recommendations that are now out for consultation. There is hope that the UK can now finally move forward. This is a rare opportunity to deliver a holistic package of reforms that will make the ecosystem fit for the future.

ICAS’ recent “Recalibration of the Corporate Ecosystem” paper explored the future role of the Audit Governance and Reporting Authority (ARGA) and how the reviews’ various recommendations could be combined to deliver a tapestry of reform that will support the transformation of the corporate ecosystem of UK public interest entity companies (PIEs). Various stakeholders have a vested interest; this is not just about audit but also the governance and reporting of companies deemed systemically important to the UK and global economies.

The BEIS consultation makes it clear the balance of reform will rest with PIE companies and directors, and sets out a roadmap to recalibrate the corporate ecosystem. The proposals focus on three broad themes – responsibility, accountability and transparency. To deliver lasting reform, they will need the co-ordinated support of business, investors and the profession. It is an ambitious package. After months of speculation, it is clear ARGA will play a key role in encouraging higher standards. It has the potential to be a regulatory powerhouse.

The timing and choreography will present a challenge for government, regulators, business and the profession. For now, the FRC has a key role to play in preparing the business environment, and the public, for a very different regulatory framework.

This new regime is now being established against a backdrop of an economic and health crisis, which no one could have envisaged when the initial reviews were instructed. Arguably the current environment reinforces the need for some of the proposed reforms, such as the introduction of a new resilience statement to combine the going concern and viability statements. The proposal to amend the definition of a PIE will bring at least another 1,000 entities into scope, and PIEs (old and new), their directors, investors and auditors will need the support of the regulator to navigate this landscape.

With a focus on the reform of corporate governance and reporting, there is a recognition that auditors do not own, control or manage PIEs. Audit’s purpose is to provide independent assurance that management has presented a “true and fair” view of a company’s financial performance and position, albeit that might in future be revised to “present fairly in all material respects”. Audit underpins the trust and obligation of stewardship between managers, shareholders and a wider stakeholder group. The profession recognises the need for change and, despite their significant investment in audit quality in recent years, most accept more should be done. But they cannot do it alone. Ultimately, boards run companies, and investors hold them to account. This is reflected in the reform agenda.

Government may need to balance stakeholder concerns in coming months, and it seems many of the proposed reforms will need primary legislation. Only once we have a corporate ecosystem that recognises the respective roles and responsibilities of directors, investors and auditors will we be best placed to command trust. 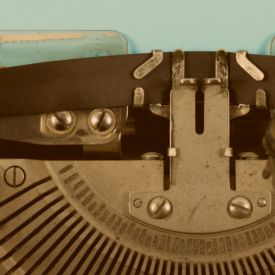