How to build an ethical business

The demand for businesses to be ethical is rising. But how can companies ensure that sustainability does not come at the cost of financial stability? Christian Koch investigates

Three years ago, Ed Duguid CA had a “cowspiracy epiphany”. He and his colleagues at the fresh food brand BOL (where Duguid is a director) took the brave decision to eliminate all meat, fish and dairy products, despite these best-sellers accounting for over half their revenue. “It was a huge challenge in terms of numbers, but we now had a business that we felt we could stand by what it believed in,” he recalls.

Sales halved overnight. Yet, their conviction that plant-based foods would ultimately prove commercially successful, as well as better for the planet, was borne out, chiming with recent vegan trends. Today, BOL has sold over 30 million portions of veg and is an £18m-turnover business that has grown at more than 50% for the past two years.

These days, ethical epiphanies in business are happening at an alarming rate (some of it likely, admittedly, greenwashing), whether it’s Volvo pledging to have half of its sales coming from electric cars by 2025 or BP aiming to be carbon-neutral by 2050. Even Lego makes its bricks from sugar cane today. Where once companies would sideline sustainable ventures for fear of upsetting profit-hungry shareholders, now the opposite is becoming true. Unilever’s Sustainable Living currently fuels some three-quarters of the multinational giant’s overall revenue growth. Much of this change in consciousness is consumer-driven, shoppers seeking environmentally friendly companies to spend their money with (the market for ethical spending in the UK is at a record high of £41bn, according to a recent Co-op study).

Should companies fall foul of consumers’ standards, they could face stigma on social media. Accountancy isn’t immune: environmental lawyers ClientEarth recently publicly harangued the Big Four for failing to address the climate crisis in their auditing. But how can you build an ethical brand? By discovering your niche, according to Jocelyn Wilkinson, Responsibility Programme Director at Burberry, which recently launched a sustainable nylon collection.

“What matters is that brands figure out what their interests are… and chart a course for themselves,” she recently told the Walpole Summit 2020 in London. If businesses want to win trust, a good place to start is by achieving B Corp status – the global benchmark that signals a business is ethically sound. An estimated 3,000 companies worldwide have signed up, with the initial self-assessment (bimpactassessment.net) an effective way for smaller organisations to carry out ethical self-audits.

Just as a CA can hold a financial lens up to inform better strategic choices, they are well placed to do a similar thing in ethical areas"

BOL is currently undergoing the process of becoming B Corp-certified. “It pushes businesses to think not only about stakeholder return, but also to have a positive impact on the environment and society,” says Duguid. “I’d encourage all firms to take this step. It’s important business is used as a force for good to combat some of the challenges we will face in the coming decades.”

Whether a company goes down the B Corp route or not, any purpose-driven business must have values embedded throughout the organisation, from boardroom to staff canteen to supply chain (including due diligence on the sustainability of providers). Duguid previously spent five years working at Innocent, the drinks company famed for its ethical stance, not least donating 10% of its profits to charity. “Everybody who worked at Innocent wholeheartedly believed in its mission; the values were truly ingrained in its DNA, something we’ve taken with us to BOL,” he says. “It’s incredible what you can achieve when you have a team who see it as more than just a job.”

On one level, becoming an ethically minded company could mean changing the physical work environment: ensuring all tea and coffee is fair trade, having eco-friendly stationery, energy-efficient lighting or plant-based food in the canteen. Even, in the case of handbag-makers Mulberry, rainwater harvesting for factory toilets. Fostering a work culture in which people can thrive regardless of background is also important. Many firms are adopting a gender-and-race-blind stance towards pay and promotion, or committing the company to better gender/BAME representation (Sainsbury’s ensures 14% of its staff at all levels are from ethnic minorities to reflect the UK population). In 2018, PwC banned all-male shortlists for jobs; it also has a well-established LGBT+ network and works on generational diversity

Smaller firms may argue they have more pressing issues than sustainability. After all, sustainability doesn’t always add to the bottom line, as shown when Bristol coffee chain Boston Tea Party banned single-use cups and promptly saw sales plummet by £250,000. But the tide could be turning.

Socially responsible firms attract talent: younger generations increasingly want to work for companies with a purpose. Meanwhile, the UK’s pledge to bring all greenhouse gas emissions to net-zero by 2050 is predicted to see ‘green-collar jobs’ swell by two million.

A 2017 report for the government estimated greater workplace diversity could boost the UK economy by £24bn. With the Financial Reporting Council recently launching a review into whether auditors should reflect the financial risks of the climate crisis in their accounts, it’s clear CAs have a crucial role to play in ensuring businesses become more ethical, whether it’s identifying company wastage or assessing whether a corporation should adopt electric vehicle fleets.

As Duguid says, “Just as a CA can hold a financial lens up to businesses to help inform better strategic choices, they are well placed to do a similar thing in ethical areas too.” 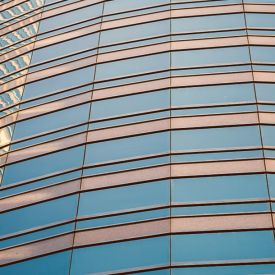 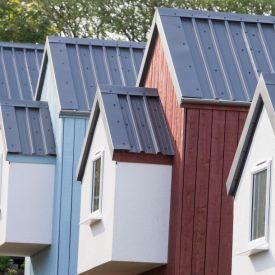 Peter Kerr CA: Taking a bite out of homelessness