Jeff Smith: What lessons can be learned from imprisonment for lack of ethics?

What can we learn from those who have committed ethical crimes and served time in prison?

Through their ethical behaviour, CAs are a force for good in the organisations in which they work. They can also influence those around them, and thereby help shape the culture and values of their organisation, but what about people who have admitted to and committed a wrongdoing?

You might have heard of Jeff Smith; he is a former Democractic member of the Missouri State Senate from 2007-2009, before he was convicted for hiding an election law violation. In 2004, he submitted a false affidavit to the Federal Election Commission, and an FBI investigation was opened in 2009 for attempted obstruction to the Commission.

He was imprisoned for the felony of conspiracy to obstruct justice, and avoided a potential 40-year prison sentence, receiving one year and one day in jail, with a $50,000 fine.

Now no longer in federal custody, Jeff is relaying his experiences and lessons learned from his incarceration and works as a political commentator, writer, professor and prisoner advocate. In this talk, Jeff discusses the business sense of some inmates, which he compares to the instincts of CEOs: "The business concepts that [inmates] talked about weren't unlike those which you would learn in a first-year MBA class in Wharton."

Jeff is now living a life free of crime and ethical violations, and questions why we don't nurture potential and any entrepreneurial spirit to cut re-offending and increase contribution to society. 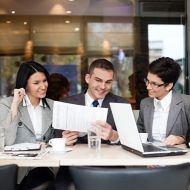 Does your business have an ethical code?