A year on from his “humbling” win at the Scottish Accountancy Awards, Graeme Menzies CA talks to Lesley Stewart about his career journey and his pride in the CA qualification.

Having qualified as a CA in 2007, Graeme Menzies followed a route like many other CAs, working in practice for a Big Four firm. However, Graeme’s entrepreneurial spirit would convince him to take a risk, swapping the Big Four for small Edinburgh start-up MorphCostumes, taking on the role of Finance Director for the innovative costume company behind the Morphsuit.

At the ceremony, he was praised by the judges for being “at the heart of the company’s development” and “his contribution to the overall business strategy”.

The awards represented an opportunity to look back on hard won achievements.

“It was actually quite humbling,” says Graeme, discussing what the win meant for him and his team. I head a small team in an SME and it’s unusual for small companies to win industry awards.

“The whole process gave me an opportunity to reflect on where I had come from and all that we had achieved as a management team.”

Graeme believes that making time for critical reflection can be a powerful motivational tool for both business performance and personal development.

“As businesses evolve and you move onto the next challenge you often don’t take time to look back at what has been successful, the improvements and changes that have been made to the business and your own personal development.”

He continues: “Even in the absence of an award process, I’d encourage everyone to spend a bit of time each year thinking through what they have achieved and the personal progress that they have made as it’s a motivational experience.”

Being a CA has been a major part of my career so far. It has allowed me to work abroad as well as helped me transition from a trainee into a finance director.

Since the win, Graeme has been focusing on key structural changes to develop the business and supporting the expanded product range.

He said: “As it’s only been a short time since I won the award, it’s been less about my journey since winning and more about the business.

“We’ve made a few important strategic changes and launched two new products that we believe will be market leading. We’re excited to see how successful the products will be at Halloween and also to watch our golf brand, Royal and Awesome, continue to grow as we launch it in further markets.”

Graeme considers the CA qualification as an integral part of his success, and credits the work of his fellow CAs who have offered mentoring and wisdom during his journey to finance director.

“I’m proud to be a CA period,” says Graeme.  “It’s a great qualification and is recognised the world over.

“You only need to look at the global reach of CAs throughout large and small businesses to realise how valuable an asset it is to your career."

On being asked how he felt representing CAs in winning the award, Graeme notes that “without the qualification I wouldn’t have won the award so it’s more that I was grateful to all the fellow CAs that have trained and mentored me over the years, which put me in a position to win the award, as much as being proud to represent CAs.”

And what’s next for the CA who took the road less travelled?

“Being a CA has been a major part of my career so far. It has allowed me to work abroad as well as helped me transition from a trainee into a Finance Director,” Graeme explains.

“I have a reasonably clear vision for where I want to in a five to 10 years’ time so it’ll be interesting to see what opportunities the qualification affords me in the future, as the career paths of CAs are highly rewarding and varied.” 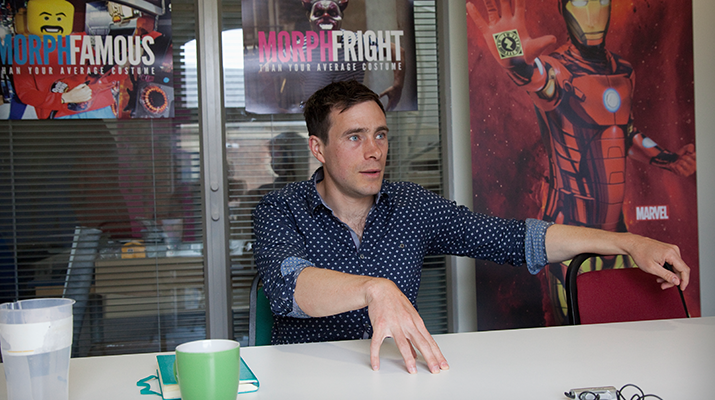 You can nominate a fellow CA at this years Scottish Accountancy and Finance Awards until Monday 3rd April.

Do you feel inspired by Graeme’s CA journey and want to find out how you too can achieve your career ambitions? If you’re looking for career mentoring, or looking to amplify your skills, ICAS can help with your professional development.