Beyond transparency in rebuilding trust

As we look to rebuild trust in the business and finance profession, Paul Druckman urges CAs to lead the way in capturing data beyond the balance sheet.

One way to rebuild trust, eroded by the financial crisis among many other factors, is by increasing corporate transparency. Yet this tactic is proving unsuccessful on its own. A business priority of profit-making, coupled with the gap between the “haves” and the “have nots” continues to create a strong sense of inequality. Where is the place for trust in a system perceived by many as unfair?

Paul Druckman is a passionate advocate for global capital market reform and holds a variety of roles that are leading this agenda for change, including chairing both the World Benchmarking Alliance – which is creating a framework for organisations to measure their progress against the UN’s Sustainable Development Goals – and the Advisory Group for the UK Financial Reporting Council’s Future of Corporate Reporting project.

Paul explains: “What we’ve had is a capital market system that’s been based around profit, rather than value. However, the ‘profit’ word, certainly in the UK and in many other parts of the world, is no longer perceived as acceptable. What we need to talk about is ‘value created’ rather than ‘profit made’.”

He goes on to give an example. “If you think of a firm of chartered accountants in Edinburgh, you could think that the only thing that matters is the profit made at the end of the year. Actually, that organisation is made up of staff, and the knowledge is held in the employees and in the systems; the value is in the client base and their longevity. There are so many other parts of the value being created or diminished in the organisation, so that profit isn’t the right figure.”

The quest to rebuild trust through increasing transparency is confounded by the intangible nature of the majority of business assets.

According to the Asset Value Market Study from merchant bank Ocean Tomo, intangible assets – including corporate culture and brand value – today account for 84% of S&P 500 market value. In 1975 it was 17%. Investors are, therefore, beginning to look beyond profit and are becoming concerned with aspects of the company such as core values and employee engagement.

The question is, if most of the stock market value of an organisation is held in assets not recorded on the balance sheet, how and where are they captured? Paul suggests that CAs, as the trusted advisers to business, have a key role to play in recording these intangible assets.

“If all chartered accountants are doing is the financials, and all they are asking questions about or being involved in is the financial statements, then they are missing out on 84% of the value of the business,” says Paul.

“The very trusted advisers to business need to start helping companies to understand the other 84% and putting metrics and performance numbers against them. For example, lots of companies say they look after staff. Well that’s easy to say – prove it to me, show me the numbers. And that’s where the trusted adviser can come in.”

For these reasons, Paul believes that we should no longer be calling the senior accountant in a business the Finance Director or the Chief Financial Officer. He instead suggests the job title “Chief Value Officer” – a term coined by Mervyn King in his book The Chief Value Officer: Accountants Can Save the Planet.

“The finance department, along with its leader, should be focused on value not finance,” continues Paul. If they don’t do this, he warns, they will become marginalised. Moreover, he emphasises that the driver for business must no longer be solely the shareholder.

“When you look at financial reporting, and corporate reporting more generally, the idea is that you are reporting to your primary stakeholder, which is your investor, and you are effectively driving the business towards what they want. What needs to happen, and is starting to happen, is that what is driving the business is what is in the best interests of the organisation over the short, medium and long term. That may be very much linked to what investors want, but one follows the other.”

The shift Paul Druckman has outlined might seem radical. However, we don’t have decades to implement it – climate change makes it an urgent issue.

Global warming is front of mind for many of us, and Paul suggests: “If corporations, too, not only recognise climate change but start to act with purpose and urgency and start to communicate that through their reporting then we can begin to rebuild trust.”

As we reach the four-year anniversary of the UN Sustainable Development Goals (SDGs), Paul says he fears we are in “significant danger” of not achieving what was set out in 2015. He adds: “How can I say that more strongly? Too many people are talking about us being on a ‘journey’ and not enough people are talking about the fact that we have a crisis.”

Action requires both greater transparency and finding new ways to reflect intangibles that hold value, including progress towards meeting the SDGs.

The challenge of exactly how to report is a big one, however. IIRC (International Integrated Reporting Council), CDSB (Climate Disclosure Standards Board), GRI (Global Reporting Initiative), SASB (Sustainability Accounting Standards Board), IASB (International Accounting Standards Board); the list goes on, creating a confusing landscape of reporting standards and organisations. And while corporations are now expected to be part of the changes that the SDGs are moving us towards, the goals don’t fit directly into a business context. This makes reporting against them challenging, says Paul.

“I’ve seen good corporate reporting from all over the world trying to show direct links between business and the SDGs and, while some of them are doing great work, most of them haven’t translated it into what it means for an organisation. For example, if you’re going to eradicate poverty, how are you going to translate that to a business? You can, but it’s not direct.”

Paul suggests that the landscape can be simplified to make the reporting journey clearer and more relevant for organisations through coalescence. He believes this requires an overarching body to take control of the situation.

While he stresses that this is not the only solution, Paul believes that having an authoritative organisation setting the standards would help in the journey towards global sustainability.

This might mean the end of the “CFO”, but perhaps it’s time to embrace different values?

The CA Agenda initiative is focusing on the key issues of Technology, Trust and Talent. If you would like to get involved with the CA Agenda, and help shape the future of the accounting and audit profession, ICAS would like to hear from you. To respond to this article please contact ICAS at caagenda@icas.com 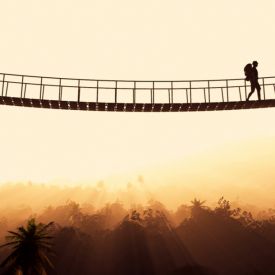 Rebuilding trust in the profession