Financial Reporting Exposure Draft (FRED) 67, issued at the end of March, proposes a simplification of the accounting for loans to small companies from directors who are also shareholders.

The proposed amendment to FRS 102 permits loans from directors to be measured at transaction price rather than at present value based on a market rate which is the current requirement of the standard.

This simplification was the change most often requested by stakeholders and the FRC is not expecting to receive dissenting views on this area.

The FRC is planning on finalising the changes to FRS 102 by the end of 2017.  This, however, is too late for small entities with year end dates of December 2016, January and February 2017 who will be required to file their financial accounts before the changes to the standard are finalised.

These companies will, therefore, need to move to the current FRS 102 accounting approach for one year, reversing this in the following year when the simplification is finalised.

Small companies with a March 2017 year-end however will be able to take advantage of the simplification in their first set of FRS 102 accounts.

To deal with this inequity, the FRC is amending FRS 102 to insert the following:

The amendment is effective immediately with retrospective application available.

While it is usual for the FRC to consult on amendments to an extant standard, the FRC has concluded that this is not necessary in this instance as the amendment is only an interim measure and merely defers for many entities the first-time application of an accounting policy which is already subject to an on-going consultation.

The FRC has, however, carried out informal stakeholder outreach which has indicated strong support for the proposal.

ICAS is supportive of the FRC’s stance on this matter. 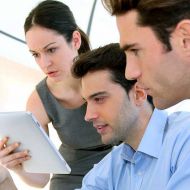