ICAS Director of Practice, David Menzies CA, has spent the last couple of weeks at the Olympics as an International Technical Official for track cycling. We’ve spoken to him to find out more about his experience in Tokyo.

David started cycling as a young competitor when he was 14 before moving into commissairing. He was later appointed the Scottish Cycling Squad Manager for the 1998 Commonwealth Games in Kuala Lumpur - the youngest ever Scottish manager.

Ahead of the London 2012 Olympic Games, David was successfully selected as one of 24 candidates on a week-long course and exam as a UCI (Union Cycliste International) International Commissaire in the road and track disciplines. Since qualifying he’s officiated at nearly 100 international events including World Championships, World Cup events, European Championships, the European Games and the London Olympics. 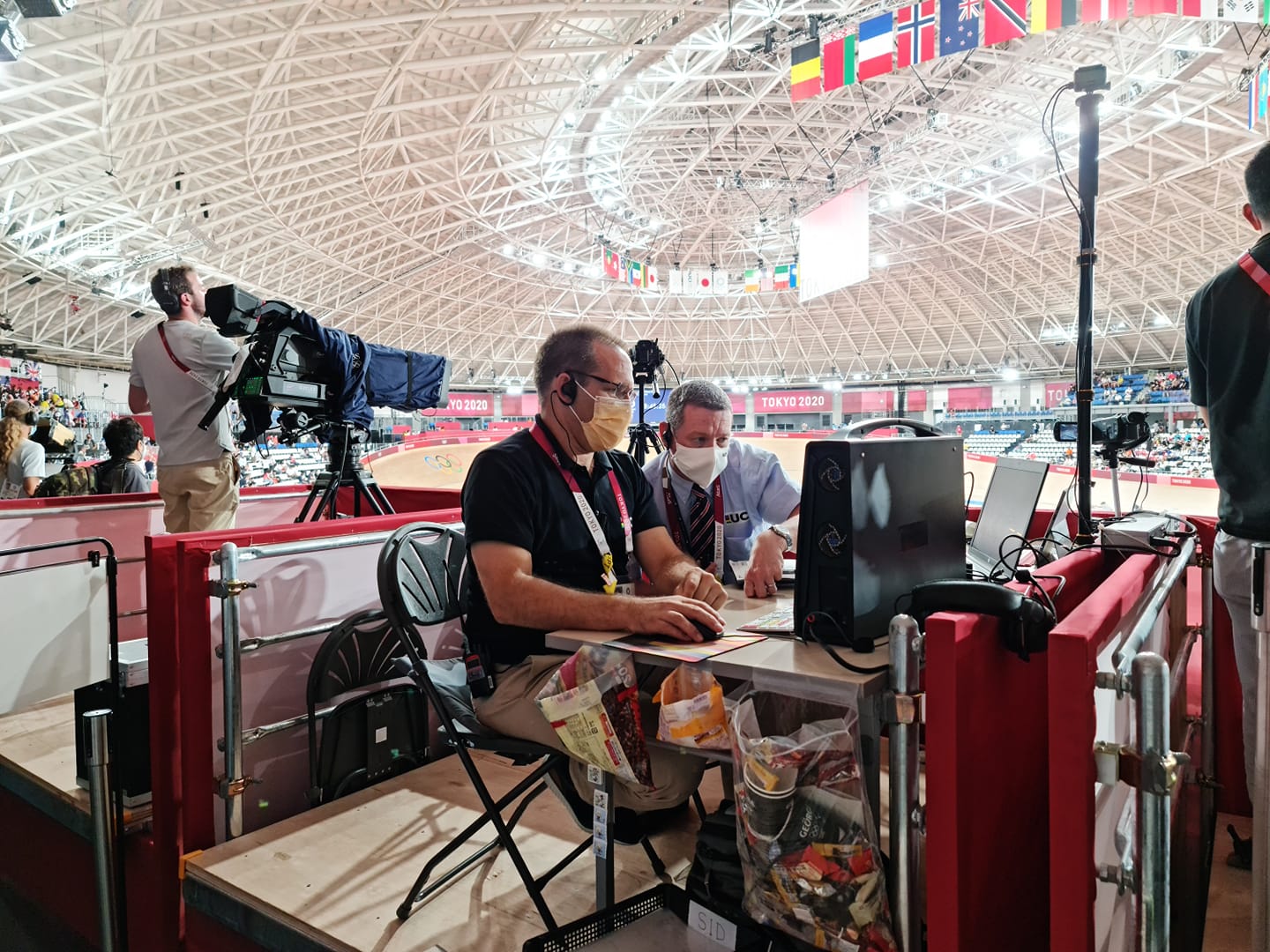 In Tokyo he is part of a 21-strong team of commissaires who oversee the technical and sporting aspects of the track cycling competition: “My role in Tokyo is very specific. I am appointed as the Judge Referee, so it’s my responsibility to watch the conduct of riders in the race and take any decisions that are necessary for infringements of the regulations. In essence, I have to take the decision whether someone has committed a fault and if so whether they merit a warning, a relegation or a disqualification.

“I am positioned looking out and down over the whole track to give me the best view. It really is the best seat in the house! I also have access to video and can review the action from different angles to help me make my decisions.”

There’s no secret that this has been a unique Olympic Games due to COVID-19. Not only has it impacted the spectator’s ability to take part and athletes’ preparation, but also the preparation for officials. David explains: “Like athletes, we as officials need to be at the top of our game and this involves 'training' also. Normally we are used to being able to go to events in the run up and are 'match fit'. That has been much more difficult with COVID. My last major event was the World Championships in Berlin in February 2020.

“I managed to attend a Nations Cup event in St Petersburg at the beginning of July so at least I have been in a live competition environment recently. My 'training' has therefore largely been undertaken through watching and rewatching videos from past events featuring the main Olympic contenders as well as research on decisions made involving these riders, so I know them and know how they ride and what to keep close attention to.” 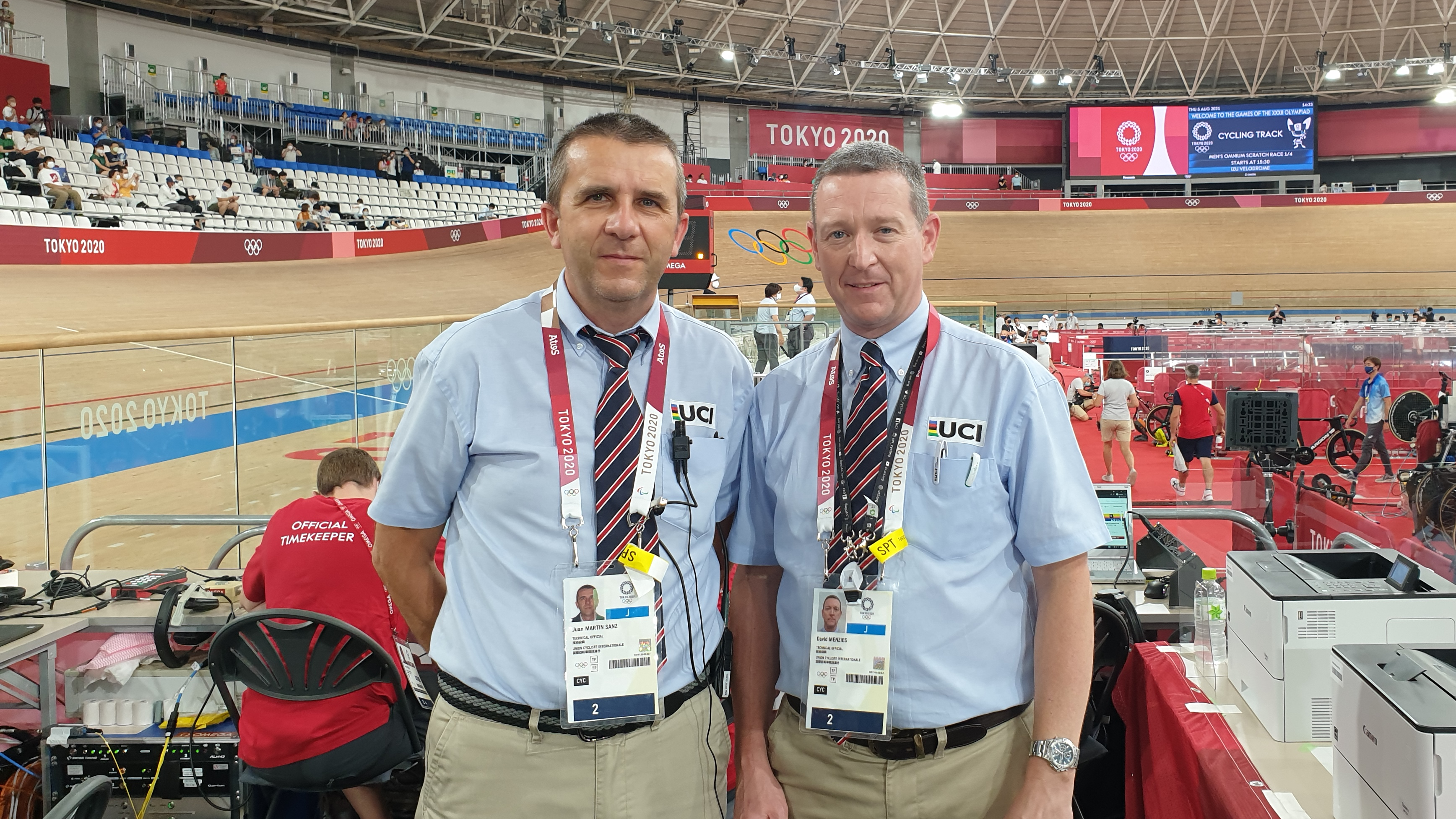 David is not the only accountant in the team – he is also joined by Juan Martin Sanz from Spain who runs his own accountancy practice. He believes that there are many parallels in the world of being a commissaire to his life as an accountant and insolvency practitioner: “The skills as a CA and commissaire are developed and used interchangeably. In both roles integrity and objectivity are central and you need to be able to make decisions under pressure.”

Another important aspect of working as a CA and commissaire is teamwork: “As a CA we need to work with others to deliver our professional services. Rarely will we have all the skills and knowledge necessary.

“At the Olympics we have a commissaire team of 21, each with their own tasks and duties depending on the race on the track. We need to work like a well-oiled machine moving from one event on the track to the next. More and more these days there is the added pressure of TV schedules and needing finals to start at very specific times for worldwide broadcast. With the unpredictable nature of events where crashes happen, reruns required or just time to repair the track we need to work together to speed up and slow down as required. Working as a team ensures that every function is covered at the right time and any bumps along the way are smoothed out.”