Michael Scott CA has been announced as the Newly Qualified Accountant of the Year at the 2018 PQ magazine awards.

The awards recognise the hard work of newly qualified accountants, as well as those who educate them on their journey.

Michael was distinguished from a pool of excellent finalists to be named the winner of the ‘Newly Qualified Accountant’ award, representing ICAS at the ceremony held in London. Having graduated at the ICAS Admissions Ceremony in March 2018, Michael said he was “absolutely delighted and thrilled” to have won and recognised the “wonderful and brilliant accountants” he both studied and worked with throughout his years of study.

Michael is a Senior Accountant and Supervisor at EQ Chartered Accountants, who have four offices in Scotland. Michael, based in Glenrothes, is a senior member of the firms audit team and member of EQ Technology and the R&D groups – giving him opportunities to take part in specialised work with partners.

Outside of work, Michael is deputy group leader with children’s charity HCPT and treasurer of Fife Gingerbread, a charity supporting vulnerable families.

Michael spoke to Lesley about receiving the award and his career achievements to date.

What achievements led to your nomination?

I feel like I have achieved so much in the time I’ve been with EQ. Opportunities to be part of the R&D team, working towards substantial claims for clients, regularly attending and planning networking events and all of the training and development support has guided me to my position as a Senior Accountant today. I’m thankful for all the invaluable guidance that I have received and believe that has ultimately lead to my success.

It’s been a busy few years, both personally and professionally. I was delighted to pass my ICAS exams first time but didn’t make things easy for myself throughout my training contract as I also moved home, got engaged, planned my wedding (conducted in our farm barn that we adapted ourselves), got  married, was best man (twice) and couldn’t let my 30th go by without a big celebration.  In addition, I worked most of my weekends on my wife’s farm and continued my demanding charity work as with HCPT Group 77.

However, all of the hard work juggling all of my personal commitments and studies was well worth it as I passed and even requested to sit my final TPE exam with ICAS one year early – an apparently unprecedented request. To be recognised after all the hard work certainly made it worth it.

Your charity work was given special mention by PQ – can you tell us more?

Since 2006, I have volunteered as a deputy group leader with local children’s charity, HCPT (Group 77). This role sees me fundraising, managing teams and working with children with additional support needs - helping them grow in confidence and form friendships. The role is incredibly involved as the workload spans 8-10 months of the year.  It is unbelievably rewarding and really has shaped my outlook on life.

Additionally, I have raised over £10,000 (increased to £20,000+ thanks to a large one-off donation) in the last year through various fundraisers for local charities. As a result, in November 2017, I was asked to join the board of Fife Gingerbread as treasurer; a charity supporting lone parents, disadvantaged and vulnerable families in Fife. Because of my childhood and my experiences growing up, the work the charity does strikes a chord with me and I was more than happy to accept the position.

I am a big believer in making changes collectively. If everyone made small, manageable differences to their local community and wider area, big changes can happen. This could include raising money for charity every now and again or volunteering on a more regular basis.

How did you feel when your name was announced?

Would you believe that I almost didn’t go! Roanna, my wife, had told me a few weeks before that she would have to stay at the farm as the cows would be in calving season. Graham Hambly, editor of PQ Magazine has said that it is the best excuse he has ever heard for someone not making the awards. 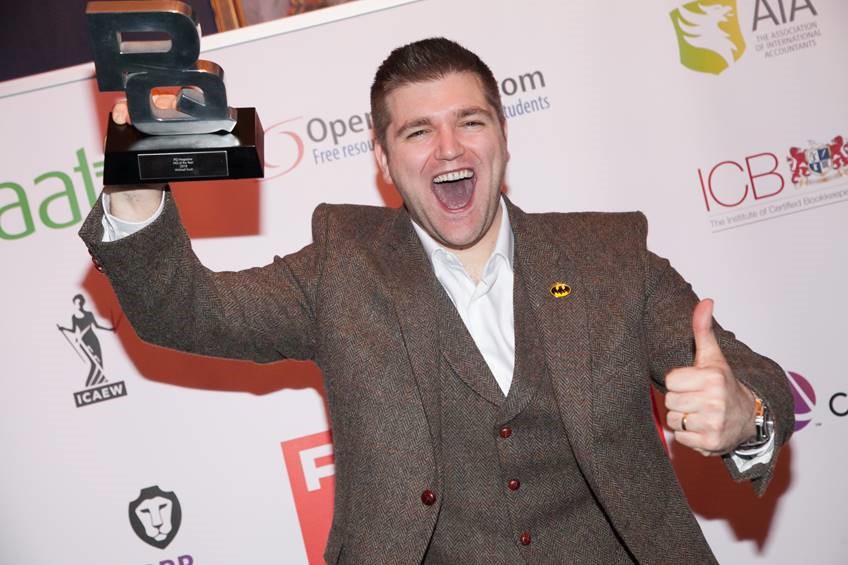 The event was quite dazzling, and the setting of Café de Paris was spectacular. There’s something about being at an event, filled with a variety of different people from all aspects of the accountancy industry that is enjoyable – I’m a little bit of a geek like that. To be in amongst them all was a privilege and a pleasure.

To be from a small town in Fife and attending a glamourous event in London amongst some of the best people and businesses in the accountancy industry was a little overwhelming, but an experience I enjoyed thoroughly and will remember for the rest of my career.

When I found out that I had won the PQ Award for Newly Qualified Accountant of the Year 2018, I was completely shocked and overwhelmed!

When my name got called out, it took a second or two to sink in and for me realise I had to get up from my seat. The walk to the stage was a blur but I do remember being so happy, that instead of just accepting my award from Rob Whiteman, CEO of CIPFA, with a handshake, I pulled him in for a hug for the photo.

I did not expect to win, but was fully prepared to meet up with the winner myself.  I of course, am without question delighted and thrilled to have won.

I have been working for EQ since July 2011 and started my ICAS training in 2012 under the five year Direct Entry Route. EQ is a modern, energetic accountancy practice which aims to encourage clients to consider their vision and realise their ambitions.

Whilst I was studying, I was able to gain invaluable work experience - working with a range of different clients and having the opportunity to get involved with really interesting and varied work. EQ don’t departmentalise, which means that every trainee is educated in a range of areas, which I believe has made me better qualified to assist clients as a business advisor, not just an accountant.

Since completing my studies, I have been promoted to Senior Accountant and am responsible for a portfolio of over 100 clients.  I feel very fortunate to have had the opportunities I have had with EQ – I have learned so much in my time here, and with a strong focus on training, know I have full support in my on-going development. I look forward to my career as a Chartered Accountant and endeavour to use my experience and qualification to make a difference.

You can find the full list of winners at PQ magazine. 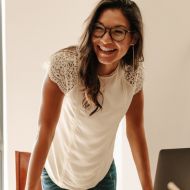 Newly qualified? What to consider when planning your future career