How to take top place in JIEB for an insolvency career

By Charanjit Uppal, Head of Insolvency and Restructuring for BPP, and Alex Burden, Professional Development

What does it take to get through the Joint Insolvency Exam and a place in the top three? We hear from Vicky Ryan CA who was first overall in the 2016 exam, and James Long CA who was second.

The Joint Insolvency Exam Board (JIEB) is one of the essential pre-requisites for anyone wishing to become an Insolvency Practitioner. Charanjit Uppal, Head of Insolvency and Restructuring at BPP and ICAS delivery partner for professional qualification training, caught up with Vicky Ryan CA, first place overall prize winner, to reflect on the 2016 JIEB journey.

Even for those not wishing to become an Insolvency Practitioner in the short term, passing the exam papers is one way to demonstrate expert knowledge for someone working in insolvency and restructuring.

Vicky began her insolvency career in 2005 in Leeds, qualifying as a CA in 2008; she deals with all types of corporate insolvency from large corporates to small companies. James ventured into restructuring in Birmingham in 2009 - his first graduate job - before moving to London to qualify as a CA in 2012, progressively specialising in corporate restructuring and insolvency matters.

Why did you decide to study joint insolvency?

"I like a challenge and it was relevant to the role I have at the moment," explained Vicky. "I wanted to build on my technical knowledge and cement broader skills. I was also influenced by other members of the firm who had undertaken the exams in the past."

James saw JIEB as an opportunity to increase his insolvency knowledge in little-known areas: "I mainly undertake restructuring assignments, administrations and receiverships with little liquidations experience. It seemed the next logical step for my career, and it is a highly regarded qualification. One day I hope to start taking appointments."

What did you anticipate from the course?

"Various people I work with had done the exams and without exception, they told me how terrifying it was, and how you would lose a year to studying but it would be worth it in the end. It didn’t put me off but it does mean having to be prepared for a long year. The best advice I received was to work consistently," said Vicky.

My work colleagues had always said it would be worth it in the end.

"I had heard all the usual stories about them being the hardest exams you will ever do, the sacrifice of a year of your life and the low pass rates," said James. "But my work colleagues had always said it would be worth it in the end."

How did you organise your study time?

"The courses started in February and I initially attended the weekly two hour online sessions and maybe spent an hour on the weekend to fill in any gaps. I made every effort to attend the online sessions live and ask questions during the live sessions. In August I think it started to become real, with registrations taking place and the online classes ceasing. I started to do an hour each weeknight if work permitted. I was lucky enough to be off on study leave in September so I would aim to do a full day (9-5pm) plus one day at the weekend," explained Vicky.

James also attended the weekly sessions and added an extra two hours per week. "Around June time I started increasing this to five hours during the week with a half day at the weekend," he said. "I would start work each day early and get an hour of study in before the working day."

How did you rate the online delivery?

Vicky found the regular sessions to be short but detailed enough to drive home the idea building up knowledge in stages: "It really helped so we didn’t get all the syllabus in big chunks. The great thing was we could interact with the rest of the cohort on a weekly basis and reinforced the notion we were all in this together."

The great thing was we could interact with the rest of the cohort on a weekly basis and reinforced the notion we were all in this together.

James discovered it was less disruptive for his day job, as he could log in wherever he was with an internet connection, and repeat classes as much as needed: "I remember in September and October watching some of the sessions again... it was surprisingly effective."

How did you find the classroom revision courses?

"I enjoyed the 9 days of revision as it all came together," explained James. "It was beneficial to find out where you are, the knowledge levels and where everyone else was in the classroom. The courses did push you to perfect the exam technique."

Did you have a study group and if so did it help and in what way?

"I did from September onwards and we would meet in the library once a week," said Vicky. "A classmate had a lot of personal insolvency experience so she would help me with personal and I would help with corporate."

We made a conscious effort to find a quiet place in the office to study.

James had the advantage of fellow colleagues sitting the exams with him, so he would meet with them every two months, and then every day for an hour during study leave: "We made a conscious effort to find a quiet place in the office to study, and meeting in the afternoon would help break up the day and we would share knowledge and discuss any concerns / issues."

1. Question practice is the key and really aim to start doing this properly in August - It takes a while to get into the examiner's mindset and don’t leave it to late.

2. Be kind to yourself, and by that, I mean be consistent throughout the year and have some 'me time'. Don’t flog yourself towards the end as you need to be fresh for the exam period.

3. The BPP tutors know what they are talking about - trust them.

1. Stay on top of the content and try not to get too behind. Also, try to attend the weekly sessions live as you can ask questions there and then. It also helps if your employer supports and respects that you aren’t going to be available during those live sessions.

2. I do feel some questions in the actual exam went badly but don’t labour on it, you have to stay focused and move on.

3. I did course exams to time and without notes as it is more reflective of where you are. I did get some dreadful marks throughout the year but it started coming together at the end!

What was it like to come top in the class?

Vicky, who took first place, had her birthday on the same day so took the decision to initially not look for her results: "I turned off all electronic devices but then couldn’t cope. At 12pm, I turned on my phone and at 12.05pm a London colleague rang me to say I had passed and won a prize. I was confused, overwhelmed and speechless. Life is back to pretty much back to normal although I am asked every technical question!"

James took second place, and received his results while in Singapore on secondment: "I completely forgot the results were out. I only remembered a couple of hours before and it was 8pm Singapore time and I had to try the website! Thankfully, I was already in a bar to celebrate."

JIEB is your opportunity to lay the foundations for a career in one of the UK's most rewarding professions. ICAS and BPP Professional Development deliver this training programme through a blended learning approach incorporating live interactive lectures and classroom-based teaching. Timetables for 2020 are now available. 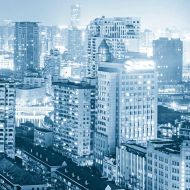 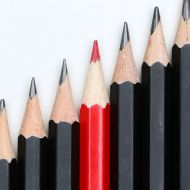 How to stand out at work