Ambassadors - Rest of the World

Michael is originally from Glasgow, qualified as a CA in London, but has spent the majority of his career in Bermuda. He attended the University of Strathclyde, studying Accounting and on completion of his degree, relocated to London to commence a training contract with PricewaterhouseCoopers (then Deloitte Haskins & Sells).  Michael enjoyed a total of 4 years with PwC in London, and subsequently transferred to PwC Bermuda for a 2 year contract, with the intention to return to Scotland.  However, the return to Scotland did not happen and on completion of the PwC Bermuda contract, he joined the group that he remains with today, and runs the Bermuda Family Office, for a family whose primary wealth is invested in/arises from shipping.  During this time, Michael spent almost 10 years as Head of Internal Audit for BW Group, but in more recent times, has focused his efforts on the Family Office investment portfolio. Michael is married to Angela and they have two children.

Ivan Clark is the lead partner responsible for the Capital Markets and Accounting Advisory Services practice with PwC Brazil (5,500 professionals) and was until recently the managing partner of the PwC Rio de Janeiro office (700 professionals),  also heading up its audit practice.

He has developed his career with PwC over 30 years in the auditing and professional consulting sectors in Brazil, the US and UK providing professional services to domestic and foreign companies operating in Brazil and worldwide. He has been closely involved with taking Brazilian and other South American companies to international and domestic capital markets (IPOs). Ivan is primarily involved with large Brazilian NY-listed companies (mining, industrial products, real estate and O&G), with regulators, bankers and lawyers and providing guidance to Boards of Directors, CEOs/ CFOs, Audit Committees. He is a member of a number of business associations.

Ivan has served as the lead partner at Vale (2011-13) (then the second largest mining company globally) and Anheuser-Busch InBev (2010-15) (largest brewer globally). He continues to be closely involved in a quality/ supervisory capacity with the audit of large O&G, Telecom, Manufacturing and Healthcare companies.

He has lived and worked in Edinburgh, Rio de Janeiro, Belo Horizonte, São Paulo and also spent 2-3 years in the US (St. Louis and New York). He is currently based in São Paulo.

An Anglo-Brazilian, Ivan is a Scottish Chartered Accountant and Brazilian Registered Accountant and a graduate of Stirling University, Scotland (primary education – Brazil; secondary education - Fettes College, Edinburgh). He was formerly the President of the British Chamber of Commerce in São Paulo (four years) and President of the St. Andrew Society in São Paulo (cultural/charitable).

Ivan is well connected globally through the PwC network.

Mark’s current role is CFO and Partner of Trocafone based in Sao Paulo, Brazil. Trocafone is one of Latin America's fastest growing technology start-ups, currently ranked second within the global Endeavor portfolio, in its second year with annual revenue of USD 40million.  Operating in Brazil and Argentina, and due to launch in Colombia, Chile and Peru. Prior to this Mark was Vice President of Latin America Finance at Deutsche Bank.  Mark has been based in Brazil since 2013, dividing his time between Brazil and Argentina.

Donald joined Ernest & Young in London in 2002, where he completed his traineeship, leading audit assignments on listed FTSE 100 and FTSE 250 companies. He has worked in the UK, Australia and in the US, before returning to Mauritius in 2013 and transferring to the corporate finance team at Ernest & Young.

As an Associate Director he helps clients at all stages of transactions in Mauritius, South Africa, Ivory Coast, Kenya and Madagascar, amongst other areas.

Donald is a board member of the Mauritius Institute of Public Accountants and the Financial Reporting Council, and is President of the Society of Chartered Accountants in Mauritius. He also contributed to the latest edition of Corporate Governance Guidance in Mauritius.

Diane qualified as a CA in 2006 while working with Deloitte in Aberdeen.  Since qualifying, Diane has worked with in a number of international companies, including ConocoPhillips, Aggreko and Emirates Aluminium, which was Diane’s first overseas role in the United Arab Emirates. Diane is also a qualified Pilates Instructor and Life coach.

Douglas Ironside is Managing Partner and also an Audit Partner with the firm. He is a member of the Zambia Institute of Chartered Accountants and the Institute of Chartered Accountants in Scotland. He has worked in Zambia since 1986 and was Financial Director of Lonrho Africa Ltd’s motor vehicle dealership interests in Zambia before joining BDO Zambia in 2001. He has significant knowledge and experience in preparation of business plans and evaluation of feasibility studies for various commercial sectors in Zambia. 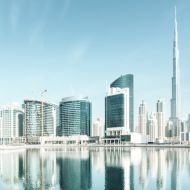 Rest of the World community Area Networks for ICAS CAs 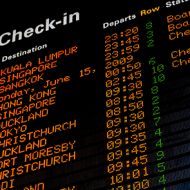