Software is as indispensable to accountants as a trowel is to a bricklayer – and it's changing faster than it has for a decade. Nick Huber summarises the key trends and features of accounting technology, both for tax agents and their small business clients.

Cloud computing – running applications online rather than on customers' own premises – is one of the most important developments in information technology in the past 10 years.

It has become ubiquitous, whether it's an email system such as Google's Gmail, or numerous business software products including customer-relationship management, enterprise planning and document-sharing applications such as Dropbox.

For FreeAgent, however, cloud computing is fundamental to its business model. "The use of a true software-as-a-service model allows the development team to evolve the product rapidly," says Ed Molyneux, CEO and co-founder of FreeAgent. "That's especially important when it comes to keeping systems up to date with changing tax legislation."

Customers can use a smartphone to take a photo of their receipts and attach it to their tax return, says FreeAgent, which makes accounting software used by more than 40,000 freelancers and small businesses. The software includes HMRC-compliant payroll, comprehensive VAT support and self-assessment filing.

Pay per use is becoming more common. IRIS, another accounting software firm, has cloud-based tax software called OpenTax. Customers only pay when they use the software to file a tax return.

Some experts are sceptical about cloud-based tax software. One of the main concerns is the security risk involved in putting customers' data in the cloud. Giles Mooney, a chartered accountant and tax writer, says some people don't contemplate the security implications. The main risks are accidental loss of data, particularly during a power cut, and hackers getting hold of information.

"It's like saying we're going to keep all your client records in a garage in Central Europe. Don't worry, we'll keep it safe but you can't come and visit because we may move the records if it's cheaper to keep them somewhere else," Giles says. "What happens if there's a fire in the building where the server is? Where's your back-up server?"

Suppliers say that their security is thorough. IRIS, for example, says it uses biometric scans to guard access to its data centres, has multiple firewalls and its security is reviewed by other companies. Cloud computing suppliers say they're cheaper than traditional software but accountants may need more persuading.

Many firms already have remote access to their software via Citrix or desktop technology, Christa says.
CCH has developed smartphone access to information such as the client and contact database, and its document store. 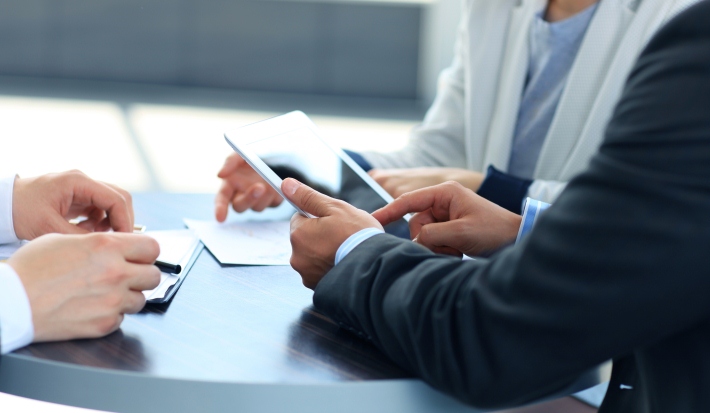 The main reason for changing software, of course, is to keep up with tax law, such as the introduction of the "real-time" pay-as-you-earn tax system in 2013.

Most of the main tax software suppliers support real-time filing of payroll information. IRIS says its tax and payroll software are linked so, for example, if you fill in data in IRIS's payroll software it automatically fills in the employment page of an individual's tax return (a P60, summarising their total pay and deductions for the year).

Changes to VAT rules have also affected software. Businesses supplying digital services to consumers in the European Union have been encouraged to register with HMRC's VAT Mini One Stop Shop scheme. Companies submit a single VAT return and payment to HMRC each quarter. The advantage is that they won't have to register for VAT again in every EU member country to which they sell digital services.

Sage says it tries to give a single compliance update each year to incorporate changes for the new financial year but adds it can respond quickly when HMRC makes changes at different times of the year.

Changing thresholds and allowances, such as the annual investment allowance for companies, also requires regular updating of tax software.

HMRC is trying to cut costs and increase efficiency by doing more online. Some of these changes will have a big effect on tax software, and on the business model for many accountancy practices. From 2016, HMRC will begin the introduction of digital tax accounts, with the aim of ultimately replacing the annual tax return.

Taxpayers who log on to their digital account will be able to pay the tax at any time in the year. Businesses will still need help and advice from tax specialists, but the nature of that help will inevitably change. Advisers will therefore need to consider what tools they will need in future.

"We've seen growing demands from accountants and tax advisers for tools to help them improve efficiency and manage risk due to the increasing commoditisation of compliance work," says CCH's Christa Spencer.

CCH has included analytical tools in its tax software to identify anomalies in data which require further investigation, and reporting errors as they occur. The idea is to help users correct errors before they submit tax returns.

Aside from tax, FreeAgent's accounting software also helps customers spot problems earlier. Accountants can set custom alerts, for example, for when a client's distributable reserves drop below a particular amount.

Tax software can also help accountancy firms find new business. Steve Checkley, director with TaxCalc, says: "The market is changing. We've observed an increased need for some high-level value-added functions and so developed the Client Hub, a practice-management module, as part of the system."

TaxCalc's hub includes a data mining feature that enables accounting firms to target clients (for example, those over a certain age in a certain area and with property income over a certain amount) and pass the results into a "mail merge" for promotional letters or emails.

Being able to access tax and accounting data remotely is also useful.

"We've seen a big shift towards mobile working, which we have had to respond to," FreeAgent's Ed Molyneux says.

"Small business clients are more likely to want to record expenses on the go, check their financial data and manage their accounts from their mobile device, so we've adapted FreeAgent to be able to meet this demand. This initially involved making our website and app fully responsive so they could be viewed on mobile devices, but we have also released a native iOS [Apple] app and are currently developing an android version."

Communication systems are also being incorporated into tax software. CCH's Axcess portal lets accountants exchange data securely. The software is similar to Dropbox and Google's OneDrive but with the advantage of being integrated into accounting software. It's easy to communicate with the client's other advisers, such as lawyers, via a messaging system. Client conversations can be stored in the client file and accessed from a single location, protected by "military grade" encryption.

TaxCalc's Steve Checkley says: "There is a trend … to expand upon the number of software products that firms use. This does somewhat put pressures upon software purchase budgets. As products such as TaxCalc gain functionality, particularly in the value-added space, we are seeing more and more larger firms become customers to save on their compliance costs and reinvest the saving into these software strategies."

Accountants and business are demanding more from their software. More analysis, more interaction between an accountant and their client, and easier access to information when out of the office – and a burst of innovation is well overdue, according to Giles Mooney. He says that some tax software has remained largely unchanged for a couple of decades, aside from updates for changes to tax law.

He adds: "[Some] tax software is a little bit like a bucket. You can put a tape over a bucket once or twice but when you've done it 10 or 20 times it's maybe time to change the bucket. Some of the original coding for tax software was written in the late 1980s and early 1990s. If Apple and Microsoft feel the need to change their systems so regularly, why not tax software?"

Nick Huber is a freelance business journalist. This article first appeared in the August 2015 edition of The CA magazine.