ICAS Foundation: Helping to make a profession open to all

The ICAS Foundation offers help in the form of bursaries and grants to students from less advantaged communities, helping to make sure that accountancy is a profession that is open to all

For many young people, aptitude is not enough in itself to fulfil their potential. It’s an uncomfortable social truth that progression to, and through, higher education is often influenced by socioeconomic factors such as expectations and financial pressures that go far beyond simple meritocracy.

As ICAS past President and Chair of the ICAS Foundation Board of Trustees, Sir David Tweedie CA knows this well. His own father was unable to fulfil his academic ambitions, leaving school at 14, and he was adamant his children would not miss out on a university education.

As such, Tweedie had both a university education and a keen awareness of the challenge’s students from low-income and disadvantaged families can face if they are to gain a degree.

Importantly, he also understood the detrimental effect this has on the diversity of pipelines in certain sectors – and, to this day, he’s passionate about redressing the balance.

When Tweedie helped launch the ICAS Foundation in 2012, he hoped it would tackle a problem that had blighted the accountancy industry for decades.

Too many top firms were recruiting from a narrow segment of society, with the best jobs going chiefly to men from a middle-class background.

“The typical accountant of the future will grow up in a family that is better off than three in four of all families in the UK,” it said.

“When I first trained as a chartered accountant you didn’t have to have a university degree,” says Tweedie.

“So, a lot of people from different backgrounds came to train – and the pipeline included young people from very low-income families. The profession was actually more diverse back then in terms of social mobility – and it’s something we need to develop again in 2020 and beyond.

"What we can’t have is a purely middle-class profession – we want people from different backgrounds and who have different experiences.”

An opportunity that can change a life

Since awarding the first bursary in 2013, the ICAS Foundation has helped many talented youngsters from disadvantaged communities – 66% of whom are from a household with one or no parents – to attend university to study accounting or finance.

To date, the foundation has supported more than 200 academically talented young people to forge a career in accountancy through generous donations and vital mentoring support from chartered accountants.

It currently offers bursaries of up to £2,500 per annum, a huge help to students from families with limited means.

A bursary can assist with accommodation (average cost £26,790 across four years), books (around £60 each) and food bills – which can be decisive in the high drop-out rates among students from lower socio-economic backgrounds (in 2016/17, 8.8% of the most disadvantaged students failed to complete their degrees).

The foundation also offers a series of grants alongside its bursary. Many students from low-income families take up part-time jobs, potentially distracting them from their studies; the Making a Difference grant ensures they can reduce the hours worked in paid employment during their crucial final year.

Meanwhile, those students working part-time or looking after children can benefit from the Course Progression grant, which is used around exam and coursework submission dates.

One such student is Sophie, currently completing an accountancy degree, for whom this crucial help has not only provided essential textbooks but the space to study without the distraction of financial pressure.

“Having this bursary has allowed me to take on fewer shifts at work when I have to study or complete coursework,” she says.

“That has allowed me to produce a higher quality of course work and earn better grades.”

Foundation student and ICAS ambassador Jordan echoes Sophie: “The [bursary] is vital in allowing me to focus on studying without becoming stressed over my finances.

"I am now an ICAS ambassador, which allows me to give something back to the foundation for all the support it has given me, as well as being able to use my experience to encourage others starting out.”

The high cost of university education isn’t the only barrier to an accountancy career.

“We don’t want group think in this profession – and I think firms are looking for different things now, much more than before. Success is not just about academic work, it is about your personality and determination as well” Sir David Tweedie CA

Before securing a job, students may have to undertake an internship or work experience, often unpaid.

In London, where many of the largest firms are based, this can cost interns at least £1,019 a month in rent/travel expenses.

Many students are unable to obtain competitive work experience placements due to a lack of contacts – CAs can also help out here by offering students paid opportunities.

With some students unable to afford the fares to travel to job interviews or the smart clothes to wear for them, the foundation’s Career Support & Progression grant can also help.

A lack of role models can leave students with confidence issues as they try to progress in their career, while some may have to battle prejudice against accents when job hunting (research by the Social Mobility Commission found some top firms have rejected candidates for having working-class accents).

A lower socio-economic upbringing may also impede career progress. A woman from a working-class background in a professional role is likely to be paid 36% less (£16,000 on average) than men from wealthier backgrounds doing a comparable job, according to the 2019 social mobility report. CAs and ICAS donors are vital to the foundation’s success, helping students such as Sophie and Jordan to fulfil their potential despite the challenges.

Although it receives financial support by partnering with corporate firms, much of its income comes from ICAS and individual member donations.

Members also play a pivotal role in mentoring the recipients of the foundation’s grants and bursaries.

Their invaluable advice can equip students with the skills they need to take their careers forward – and it’s mutually beneficial, exposing members to the millennial mindset, which can boost leadership skills and decision-making.

Mentoring need not take up too much time to make an impact: a commitment of around one or two hours a month is needed, and includes face-to-face meetings, email or messaging.

“Mentoring is a vital part of the foundation’s work and a real chance to give something back,” Tweedie says.

“The students meet their mentors at regular intervals and they, in turn, push them to keep going. They’ve been through university life and done the same exams, so they know what it’s like and what advice to give.

“Having a mentor can also help to counteract pressures from a student’s peer group back home or in their living environment, where people might be asking them, ‘What are you doing this for?’”

The foundation’s work chimes with the social mobility campaigns of the larger accountancy firms.

KPMG’s 360° apprenticeship scheme aims to hire school-leavers from diverse backgrounds, while others such as Grant Thornton have reformed recruitment strategies, including dropping academic entry requirements (such as a 2:1 degree).

Ernst & Young has introduced blind CVs, where the interviewer isn’t given any information about the candidate’s education, to ensure a more level playing field.

With automation predicted to make many manual bookkeeping tasks disappear in the coming decades, accountants’ advisory skills will become more critical than ever.

If clients and customers regularly interact with staff who look like them and speak with the same accent, they’ll identify more readily with the company, hopefully leading to greater business opportunities. And that is a virtuous circle that will be of benefit to all concerned – including ICAS firms.

Find out more about supporting the ICAS Foundation by visiting their website. 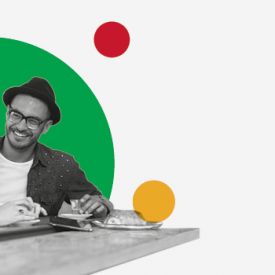