What you need to know about charity sector changes

The charity sector is due to see some interesting developments, with changes to regulations and rates impacting organisations across the spectrum, but there are ways to stay ahead of the curve.

Throughout November, ICAS members can benefit from an exclusive discount on Charities Update events in Edinburgh, Aberdeen, Glasgow, and Inverness. These courses are designed to equip charity advisers, trustees and charity finance staff with what they need to know about developments in the sector.

In the meantime, here are three key things CAs in charities should be on the lookout for.

1. Could you be affected by the business rates review?

The Barclay Review, a major business rates review commissioned by the Scottish Government, was published earlier this year with a number of recommendations which may impact on certain types of charity.

A controversial aspect is business rates charged to independent schools, universities and registered charities created by local authorities to deliver public services (ALEOS), all of which currently benefit from a mandatory rates relief at 80% of the charge.

While the status of these organisations and groups as charities is not under threat, the Barclay Review raises concerns around unfair competition and possible tax avoidance implications. It recommends that these charities be disqualified from the rates relief.

Victoria Simpson, ICAS Charities Panel member and Head of Charities at Anderson Strathern, commented: "Ultimately, it will be up to the Scottish Government to decide whether to implement some or all of these recommendations and, if so, how to introduce them.

"In the meantime, the governing bodies of those charities which may be affected by the recommendations should consider their potential impact on the business model of their charity and take this opportunity to review their business plans, financial strategy and financial forecasts in light of the Barclay Report’s proposals. This will form part of the good governance of the charity and the effective management and mitigation of risk."

2. How well protected is your data?

The EU’s General Data Protection Regulation (GDPR)  will come into force on 25 May 2018 and  is expected to be translated into UK law following Brexit. There are several implications for business post-Brexit.

GDPR introduces an obligation on data controllers and processors to show how they are complying with data protection. For example, the opportunity to withdraw consent must be made as easy as the giving of consent.

Joanna Boag-Thomson, Partner at Shepherd and Wedderburn, advised: "If they are not already doing so, all businesses, large and small, should be assessing their interaction with personal data and how GDPR will impact them and the sector in which they operate.

"Given the level of change that may be required, the deadline of May 2018 could arrive far sooner than anticipated."

Charities should already be considering how its contractual relationships and internal processes need to change to comply with the GDPR, and fundraising practices are a key area to be reviewed.

3. Is your charity accounting knowledge up to date?

The new Statement of Recommended Practice (SORP) issued by the Charity Commission for England and the Office of the Scottish Charity Regulator introduced significant changes to charity accounting.

BPP will be hosting a half-day seminar for charity accountants and auditors to cover all you need to know about the changes made. ICAS members benefit from a special discounted rate on the course.

The refresher will take place on Tuesday 21 November in Glasgow. Book now to avoid disappointment.

Charities operate in a fast-moving and changing environment. Our Charities Update course is designed to help participants prepare for the challenges ahead. Courses run between 5.30pm-7.30pm on the following dates: 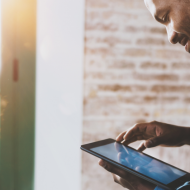 This annual update examines the many financial and regulatory changes affecting the sector.