Education HnC in accounting from Kirkcaldy College of Technology

1984 Qualifies as a CA, joins Coopers and Lybrand in Glasgow

1985 Transfers to Jeddah, Saudi Arabia to lead its audit group

1987 Joins Coopers and Lybrand in Zurich

2001 Elected to the board of PwC Switzerland

2013 Elected to the PwC global board

2016 Elected to the board of Advance and ICAS Council

Clive Bellingham CA found home, family and adventure in Zurich. Now the PwC Partner is also carving himself a role as a champion of ED&I

Clive Bellingham CA discovered his wanderlust early. Born in Germany and then moving to Fife while still a child, he was always keen to do something abroad in later life – despite the linguistic challenge. “I’m not very good with foreign languages, but accounting is a universal language,” he says. “Wherever you go debits and credits are the same.”

The opportunity to work abroad arose with Coopers and Lybrand, where, in 1985, he was transferred to its Saudi audit group in Jeddah. “The Middle East was emerging and they were looking for people. It really appealed because it was something completely different,” he says. “It was extremely multicultural. You could barely think of a nationality that was not present.”

The experience primed him for his move to Zurich in 1987. “Coopers and Lybrand figured if I could do two years in Saudi Arabia, I could do two years in Zurich,” he says. “Having worked in a very multinational environment before was a huge advantage when coming to Switzerland. I was better positioned to pick up leadership roles quickly. The onus was on me as a foreigner, and I might not have been as good at building relationships with my Swiss colleagues had I not had the experience in Saudi Arabia.’

Still, there were some surprises while settling down. “The outside-in view of Switzerland is that they are extremely good timekeepers, which is probably true of their trains, but in my experience, meetings never start on time,” he says. “People regularly drift in late. And having grown up in the UK, queuing doesn’t really exist here. It’s every person for themself. I’m looking for where the queue starts, while others are just piling in.”

Zurich would soon feel like home, though. It was here that, thanks to his neighbour playing cupid, Bellingham met his wife-to-be Nicole, an Australian of Indian heritage, with whom he now has two sons, Kyle and Jordan. They have seen Zurich’s transformation into a cosmopolitan city, led by its service industry, which currently employs around four-fifths of the working population. Famously, of course, it is also home to many global banks. “Given the client base, the political stability, the high standard of living, there are many pluses to working in Switzerland,” says Bellingham. “The Swiss had gone global before globalisation became a buzzword – they had built businesses in almost every sector.” And thanks to this, Bellingham’s ongoing wanderlust has been satisfied many times over, too. “I’ve been travelling all over the world as a result of my role at PwC and because of my client base,” he says.

Switzerland’s globalism also translates to its working culture. “The Swiss are used to working in international arenas and in different cultural environments,” says Bellingham, who made Partner at Coopers and Lybrand in 1994, a few years before it folded into PwC. “And everybody speaks English and wants to improve by practising on you. When I first came I thought it was a great chance to learn German. That never happened.”

5 things to do in Zurich (and surrounds)

Zurich food is diverse and first rate. Casa Ferlin is right in the heart of the city and serves great Venetian cuisine. Just to the south is the Niederdorf district, packed with nightlife and bars.

During normal times, the music scene in Zurich is extremely vibrant, with plenty to choose from. I’m a big fan of live music, especially heavy metal and I usually get my fix at Halle 622.

Seebad Utoquai is a dedicated bathing area and wooden box bath built in the lake in 1890 – great for swimming, saunas, massages and stand-up paddle boarding.

Pfannenstiel mountain is 30 minutes from the city centre. The hiking from Forch to Meilen is beginner-friendly and offers panoramic views of the lake and the Alps.

Ninety minutes away, Davos has six ski areas and lots of other winter activities. In the summer, it turns into a great hiking spot, so there’s something to do all year round – even without this year’s WEF.

ED&I has featured prominently in Bellingham’s career, during which he has served on the board of Advance, the largest gender initiative organisation in Switzerland, which focuses on developing women’s careers through workshops and cross-company mentoring. “When you’re addressing ED&I initiatives, you can’t do them in isolation,” he says. “You can’t have a group of any one thing trying to address any topic because, by definition, you’ve not got any diversity and you’re not being inclusive.”

For him, ED&I is largely about fairness. “It’s really just the bottom line for me. It’s about creating an environment which is fair for everyone,” he says. “At PwC, a lot of what I do is build teams to serve clients. And beyond certain criteria such as qualifications or people with certain experience, you should not be focused on any other factor, male, female or whatever else. This is just part of my DNA.”

While Switzerland is a diverse country, its conservative culture means it has been slow to come to terms with ED&I and its gender inequality has come under scrutiny. Women still typically earn 20% less than their male colleagues, which is an improvement on 30 years ago, but the discrimination pay gap – differences that can’t be explained by rank or role – has actually worsened since 2000. In 2019, UBS, Switzerland’s largest bank, cut long-term bonuses for some women following maternity leave. Protests against gender inequality have become an annual undertaking.

“Switzerland has a long way to go in terms of gender diversity,” says Bellingham, “there are cultural and structural challenges.” He highlights as an example the expectation that primary school children go home for lunch, which creates a problem for working parents. “When I was on the Advance board I used to bang the table about that and say we should approach the government to fix these structural things,” he says.

Bellingham also acknowledges that ED&I approaches can sometimes fall short of the mark. “Switzerland is a very international environment,” he says. “But I think what’s missing is a lot of people don’t actively look at the inclusion. Even if I meet a certain proportion of diversity, I may not have necessarily created an inclusive environment,” he explains. This is where the individual can take positive action. “It’s very easy in the business world to be the loudest person in the room, but part of my role as leader is to see who’s engaging and who isn’t. I’m always thinking, ‘How do I get the individuals or group to engage more?’”

This can mean anything from considering language barriers to ensuring everyone has a chance to speak. “You have to be consciously thinking about that always,” he says. “That’s how you become inclusive and create a level playing field for everyone.”

Bellingham is a firm believer that the “tone at the top” is all-important: “There has to be sponsorship from senior levels – they need to be supportive, enthusiastic and really put ED&I out there. They need to be vocal about it and that needs to happen much earlier in the recruitment process. You have to have a much longer-term plan. If things aren’t changing voluntarily, then you have to make it happen.”

On an individual level, Bellingham believes there are things we can all do to support our colleagues – such as the mentoring programmes for women within PwC that he has joined. “I thought getting more involved would help towards improving inclusivity,” he says. “I also challenge things. Sometimes the team might be all Swiss or all male, and you have to call these things out. You have to have the discussions, and sometimes they need to be robust.

“There is a lot of subjective bias, and sometimes you actually have to look yourself in the mirror and think ‘am I doing or saying this without any bias – or potentially perceived bias?” says Bellingham. “When you build teams that are more multinational, mixed gender etc, it creates a completely different dynamic. It’s much more positive, much more constructive.”

And attitudes are changing on both sides of business – clients are making it a must-have rather than a nice-to-have, says Bellingham: “They will often ask you for information on ED&I initiatives across your network and clearly indicate they expect a diverse team – that’s the market talking, and that’s something we have to respond to.” 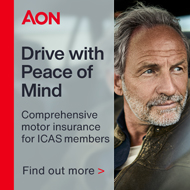